Volunteering at the Great Swamp National Wildlife Refuge in Basking Ridge, NJ, gave us a wonderful opportunity to tour a portion of the State of NJ that we rarely visited during our residency.

For example, we spent considerable time on several occasions touring Morristown, NJ, with our motorcycles.  Like Princeton, NJ, Morristown is a trendy, urban business enclave steeped in Revolutionary War history.

We visited Ford Mansion within Morristown National Historic Park (https://www.nps.gov/morr/index.htm).  Ford Mansion was used by General George Washington as headquarters in Winter 1779 through June 1780.  This is one of literally a dozen places within NJ that claims “George Washington slept here.”  That man sure did get around!   The Mansion was built in 1774 by Jacob Ford, Jr., a Colonel in the Morristown Militia.  At the time of Washington’s stay, Mrs. Ford was widowed with 4 children, having her military husband succumb to pneumonia in 1777.   Although few of the furnishings are original to the home, all the furnishings are representative of the time period of Washington’s stay.  The Park Ranger made the tour both interesting and humorous, comparing modern day living to colonial times.

Jockey Hollow is also part of the Historic Park.  It is the Wick Family property where 13,000 of Washington’s troops were encamped.  What those soldiers endured!  The Winter of 1779-1780 was the absolute coldest winter the area had ever experienced.  In fact, there were 24 snowfalls that season!  The soldiers, with rag-tag clothes and worn out shoes, had to clear 600 acres of land, cutting 2,000 trees, many of which were used to build their meager huts.  I have to believe in divine intervention—despite the harsh weather, there were very few fatalities at the hands of Mother Nature.  Jockey Hollow has several hiking, biking, and equestrian trails.  I was transported back in time as I walked along the paths where American history was made.

In fact, we could think of no better place to celebrate Independence Day than the Historic Park.  We walked with a militia regimen to the Green, which was the site of a tavern during Revolutionary times. We listened intently to a re-enactment of General Washington reading the Declaration of Independence, shouting “Huzzah” (the colonial version of “hooray”) at all the appropriate times.  Our Independence Day fun continued with a musical performance by The Loose Cannons, a very talented, witty group.  They are the NJ version of Weird Al Yankovic, offering satire and good humor that all New Jerseyans can appreciate.  For instance, Simon and Garfunkel’s “Sounds of Silence” becomes “Verge of Violence”, with new lyrics to parody the insane driving conditions and traffic within the State.  While we all chuckled at the lyrics, they clearly spoke the truth.  In fact, Mom was very worried about driving within NJ.  She was fearful she lost her edge and her survival skills for dealing with the idiots on NJ roadways.   Like those who cut across three lanes of traffic to get to the exit, or those who pass you in the right shoulder to cut in front of you in the far right lane, or her biggest pet peeve, those who ignore the warnings that a lane is closed down and wait until they can go no further before they force their way into the one open lane.  I’m happy to report that it didn’t take Mom (or Dad) long to get back into the groove and join the other crazy NJ drivers in sharing the infamous NJ one-finger salute!

Morristown is home to Lewis-Morris Park (https://morrisparks.net/index.php/parks/lewis-morris-county-park), a county park that has a beach area, water slides, and pavilions.  Thankfully, we visited on a weekday—the place must be packed on weekends and holidays. It has several well-maintained hiking, biking, and horse trails.  In fact, many of them connect with those at Jockey Hollow, like the Patriot Trail.

Morristown has a wide array of restaurants and cafes. The Morristown Pancake House (http://www.morristownpancakehouse.com/), provided us two delicious brunches. They have several vegetarian/vegan options, and they are quite reasonably priced.   Friendly, efficient service, too.  On our first visit, we all enjoyed quesadillas, their vegan version.  The second time we dined here, Dad stuck to his vegan quesadillas—why mess with a good thing?  But Mom went all out, ordering the day’s carnivore special, the townhouse burger.  A juicy Angus beef patty with lettuce/tomato/red onion, topped with a fried egg, real cheese, and a NJ tradition, thinly-sliced grilled Taylor Pork Roll (You ain't a true New Jerseyan if you haven't had Taylor Pork Roll), all on a Kaiser roll.  I thought I died and went to heaven.  Simply scrum-de-lish-us!

We caught up with Escapees RV Club buddies David and Cheryl, who are hosting Escapees “Hangouts” in various Eastern Seaboard States.  We dined with them at The Pierogies House (https://www.pierogieshouse.com/), specializing in home-made Polish stuffed pockets.  They have a large assortment of “stuffings” from which to select, including traditional potato/cheese as well as unique vegan options.  We chose the vegan potato/onion and a mushroom/lentil.  We were not disappointed.  Very tasty and a real treat for Dad, who reminisced about the pierogies his Grandma made when he was a child.

Morristown also has The Game Vault (http://www.morristowngamevault.com/), a retro video arcade housed in what was once a bank.  Celebrating its third year of business, it is a very cool place!  I played all my fav old games to my heart’s content--Centipede, Asteroid, and of course, Ms. Pac-Man.  (Did I ever tell you why I'm partial to Ms. Pac-Man?  This gal is what brought my parents together.  Yup, they met each other at a dance club when they were both playing Ms. Pac-Man!)   The Vault has a big selection of pinball machines, too.   I liked the way the Vault operates—you pay a fixed $7 for 30 minutes or $10 for an hour to play as many games as you want within the allotted time.  No need to deal with tokens/quarters!  Loads of fun for me and my folks!

We visited Acorn Hall (http://morriscountyhistory.org/), an 1853 mansion house of Italianate architecture, which is on the National Register of Historic Places.  The original owner sold the property in 1857 after his wife passed away.  Augustus Crane, upon purchasing the property, had it enlarged and remodeled.  The property remained in the Crane family until 1971, when the home was bequeathed to the Morris County Historical Society, complete with many original furnishings from the Crane family.  We participated in a walking tour of the grounds, which at one time housed a powder mill.  The powder mill was owned by one of the Ford sons, the same Ford from the aforementioned Ford Mansion that served as Washington’s headquarters--talk about 6 degrees of separation!

One day we visited the Frelinghuysen Arboretum ( https://www.arboretumfriends.org).  Once the grounds of Whippany Farm, the summer home of the George Griswold Frelinghuysen family, it is now operated and maintained by the Morris County Parks Commission with the help of a "friends" group.  Generations of Frelinghuysens have been powerful NJ political fixtures since 1720.  In fact, Rodney Proctor Frelinghuysen was an influential force in keeping the Port Authority of New York and New Jersey from building a jetport in Basking Ridge and in the subsequent creation of what is now the Great Swamp National Wildlife Refuge.   (Isn't it interesting how everything is connected--just like a jigsaw puzzle.)  While the main mansion is no longer open to the public, you can walk along surrounding trails, photograph flora and fauna, tour the restored carriage house, which includes an exhibit hall, or even host a special event (it is a popular venue for wedding ceremonies).  The Arboretum offers unadulterated beauty and tranquility.  And best of all—there is no cost to visit!

If you are a history buff and find yourself in New Jersey, take some time to tour Morristown.  There is so much to do and see--I promise you won't be disappointed!


Our touring during our stay at Great Swamp National Wildlife Refuge included so much more than just Morristown.  I'll tell you about our other fun times in a future post.


Talk to you again real soon!

We would like to thank the following organizations for all the great service and support they offer to the RVing community: 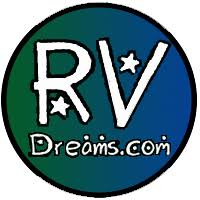