While our 5th wheel Suite Retreat was undergoing surgery in Indiana for injuries sustained from a Goodyear tire delamination, we had lots of fun exploring the area.

After getting all settled in at the Days Inn in Howe, Indiana, we headed to Meijur’s Grocery.  This is a great place, selling everything from food, clothing, and housewares--much like some of the big Fred Meyer/Kroger stores throughout the Country.  It even had a Skee-Ball game!  As much as I would have enjoyed owning the game, I opted instead to entertain myself with the much more economical 1 cent ride on Sandy, then rejoined my parents as they picked up water, vegan cheese, and snacks to have on hand at the hotel.  Being surrounded by the eatables within the store made us all very hungry.   So, we tried to find somewhere to eat an early dinner.  It is no easy feat finding a restaurant open on a Monday in these parts. Add in businesses experiencing a shortage of employees and COVID guidelines, and you’ve narrowed the non-fast-food options down considerably.  We found even restaurants whose websites and/or signs on their doors indicated they were open were, in fact, closed.  Now once Dad gets hungry, he gets grouchy. He would be a great candidate to shoot a Snickers commercial—no acting required!  Luckily, Mom found a listing for DaVinci’s in Sturgis, Michigan, only about 12 miles or away from the hotel.  And when she phoned, they were open!  We hightailed it over to this charming restaurant/pub, whose menu is diverse and whose staff was extremely accommodating to Dad’s dietary requirements.  We enjoyed DaVinci’s so much, we ate dinner there several times during our week-long stay. 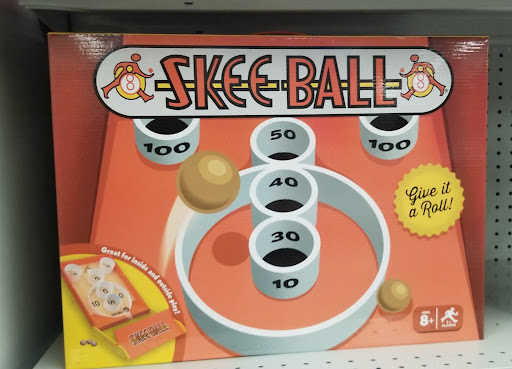 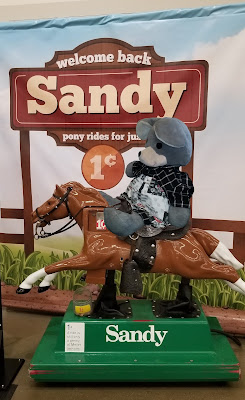 Having visited the RV Mecca (the Elkhart, Indiana area) on prior occasions, we opted to extend our exploration to Michigan, a state we have never visited. A stop in Battle Creek was first on our itinerary.  The city’s name refers to an altercation in 1824 between American Indians and land surveyors, but it could just as well apply to the rivalry between cereal companies Post and Kellogg.  I was disappointed that Kellogg’s plant tours were discontinued several years ago, but I did get a photo op with Tony the Tiger.  Afterward, we visited the Historic Bridge Park located along the Kalamazoo River.  The Park features 5 bridges dating from 1880 to 1907 that were moved from their original locations and reconstructed on site.  What a novel way to preserve structural engineering designs!  The Park also offers access to the North Country Trail, which spans 4,600 miles through 8 states, starting in Vermont.   We hiked a portion of this Trail while in Tionesta, Pennsylvania recently, so we were compelled to trek another section here in Battle Creek, Michigan.  And we look forward to covering even more miles of the Trail next summer when we visit Minnesota.

as you can tell from this video!

On another day we visited Warren Dunes State Park in Sawyer, Michigan.  It was a sticky 90F degree day, so I enjoyed taking a dip in the cooling waters of Lake Michigan.  The Park had a large crowd of shorebirds sunbathing, but thankfully very few humans—just the way I like it!  I had great fun trekking up and down the Park’s sand dunes.  Then I had the bright idea to hike along the wooded trails.  We could cool off under the shade of the trees, I reasoned.  What I didn’t realize, however, was that the wooded trails were mosquito havens.  We got bitten alive, but at least trying to outrun the mosquitos resulted in us clocking a faster pace than usual.  We went to check out the campground as well.  No way would our set-up fit in this place.  In fact, if your unit is more than 30 feet, you probably are not getting in these sites either. 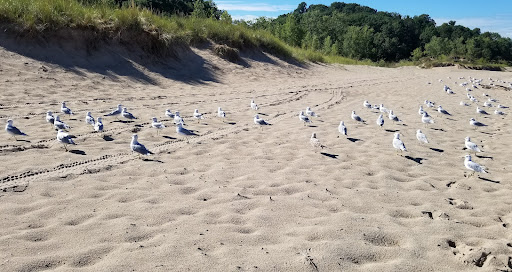 We ate dinner at Golden Corral is South Bend.  We had never eaten in a Golden Corral until Dad had his heart attack in 2017.  Then we found that it offers a big selection of steamed veggies in addition to salad items and starches that met Dad’s plant-based diet.  Compared to the Amish fare offered in these parts of the Country (high in dairy and poultry content), we found Golden Corral to be a healthier option for Dad and partook of meals here multiple times during our stay.

Our final stop in Michigan was to the Kalamazoo Nature Center.  This is a lovely complex consisting of more than 1,000 acres within a variety of habitats—from forests, to wetlands, to prairies.  It offers hiking trails, sculpture gardens, and an old farmhouse at which a wedding was scheduled later in the day.  The site includes a recreated tropical rain forest to give you an idea of what Michigan lands were once like after glaciers melted.  The trails are all well-maintained with landscapes that evoke peace and tranquility.  They also have a rehabilitation area for birds of prey.  I didn’t like the looks the red-tailed hawk was giving me—he probably was envisioning me as his lunch! 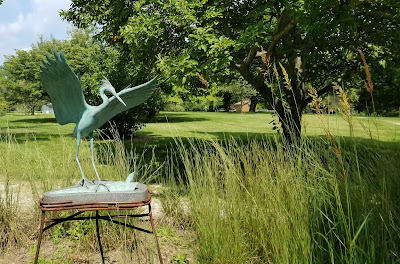 After doing laundry on another day, we spent that afternoon hiking along the Pumpkin Vine Trail in Shipshewana, Indiana.  This was an old railroad line that was converted to a hiking/biking trail.  Spanning 30 miles, Pumpkin Vine Trail runs through several towns and offers pastoral scenery.  (In 2018, we hiked several miles through Goshen).  We visited the memorial of Chief Shipshewana, the leader of the Pottawattamie Indians.  He and his band were removed from this area in 1838.  Their 665-mile march to a reservation in Kansas became known as the Trail of Death.   The Chief was permitted to return to his beloved homeland along the banks of Shipshewana Lake in 1839, where he died 2 years later. 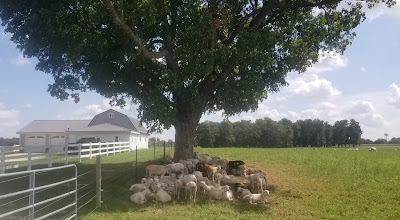 We spent our final day in Indiana touring the University of Notre Dame, the private Catholic educational institution founded in 1842.  Home to the “Fighting Irish”, it had some top-notch football players (Montana, Theismann) and some great coaches (Leahy, Rockne, Parseghian, Holtz).

Open greenways and sculpture gardens make the campus a park-like setting.  The main building dates to 1879 and features a beautiful rotunda, carved wood moldings, and wall tapestries of various animals (one even included rodentia).  The Basilica was erected in 1871.  Though the interior is quite ornate, it still felt warm and welcoming.  So, I stopped to chat a few minutes with the Man Upstairs.  I asked him to guide our Country, to bring peace to all its troubled souls, to help us put aside politics, respect and celebrate the freedom to have different opinions and cultures, and most importantly, to find common ground to be the best United States of America we possibly can.  I also took the time to thank him for the many blessings he has bestowed upon me and my parents, for the wonders of nature he created as Master Architect, and for the people he has placed in our lives that bring us love, laughter, joy, and fellowship. 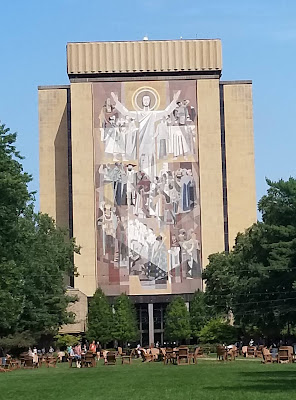 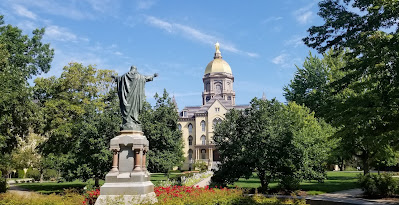 We visited the Art Gallery, marveling at the artifacts from prior civilizations. I found it interesting to see how many current fashion statements replicate ancient cultures—tattoos, dyed hair, nose rings, ear holes.  The Gallery included early European works as well as contemporary art from Jim Dine.  Among Dine’s many pieces exhibited was a series of portraits featuring the Disney character Pinnochio.  I wondered if I lied like Pinnochio, what body part would grow on me?  I think it would probably be my ears.   After spending more than 2 hours perusing all the wonderful exhibits, this stuffed rat and his parents departed the Gallery much more culturally-enriched. 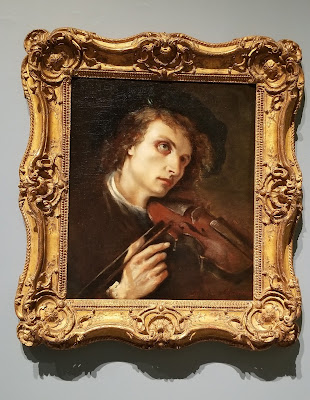 Suite Retreat gets released from the RV hospital this afternoon.  We are all excited to get settled back into our home on wheels and return to the road.

Talk to you again soon!

Posted by PoPo The Rambling RV Rat at 2:49 PM